As the effects of the coronavirus will "weigh on" U.S. economic activity in the near term and pose risks to the economic outlook, the Federal Open Market Committee, the Fed's policy-making body, decided to lower the target range for the federal funds rate to 0-0.25 percent.

WASHINGTON, March 16 (Xinhua) -- In a surprise announcement, the U.S. Federal Reserve on Sunday cut its benchmark interest rate by a full percentage point to near zero and pledged to boost its bond holdings by at least 700 billion U.S. dollars amid mounting fears over the COVID-19 outbreak.

The central bank is scheduled to hold its next policy meeting on Tuesday and Wednesday and was originally expected to take the action then.

"The coronavirus outbreak has harmed communities and disrupted economic activity in many countries, including the United States," the Fed said Sunday afternoon in a statement, adding global financial conditions have also been "significantly affected." 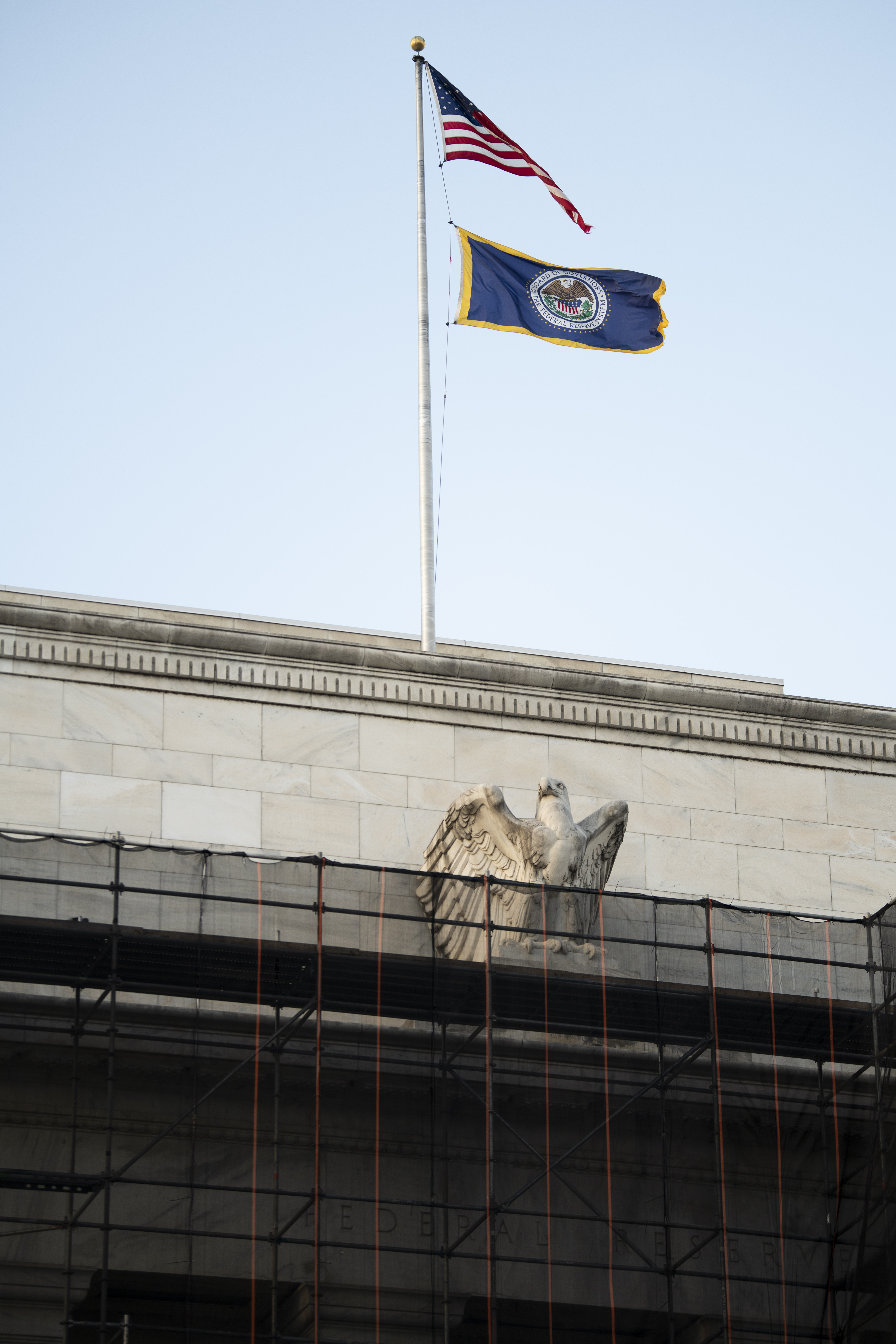 Noting that the effects of the coronavirus will "weigh on" U.S. economic activity in the near term and pose risks to the economic outlook, the Federal Open Market Committee (FOMC), the Fed's policy-making body, decided to lower the target range for the federal funds rate to 0-0.25 percent.

"The Committee expects to maintain this target range until it is confident that the economy has weathered recent events and is on track to achieve its maximum employment and price stability goals," said the central bank.

"The key is to keep companies and consumers sideswiped by a health crisis afloat and solvent in #COVID19-tainted waters," Swonk tweeted Sunday. The fresh measures are aimed at supporting the flow of credit to households and businesses and thereby promoting its maximum employment and price stability goals, the central bank said.

In a tele-press conference Sunday afternoon, Fed Chairman Jerome Powell told reporters that it's unlikely that the central bank will go for negative interest rates as the next step to support the economy.

In a global coordinated move, the Fed said Sunday in a separate statement that the central banks of Canada, England, Japan, the European Union, the United States, and Switzerland took action to enhance U.S. dollar liquidity around the world through existing dollar swap line arrangements.

The unexpected move marked the Fed's second unprecedented emergency rate cut since the 2008 financial crisis, as concerns over the U.S. economy continue to grow.

Powell told reporters that the central bank has a "range of views" on the path of the U.S. economy. 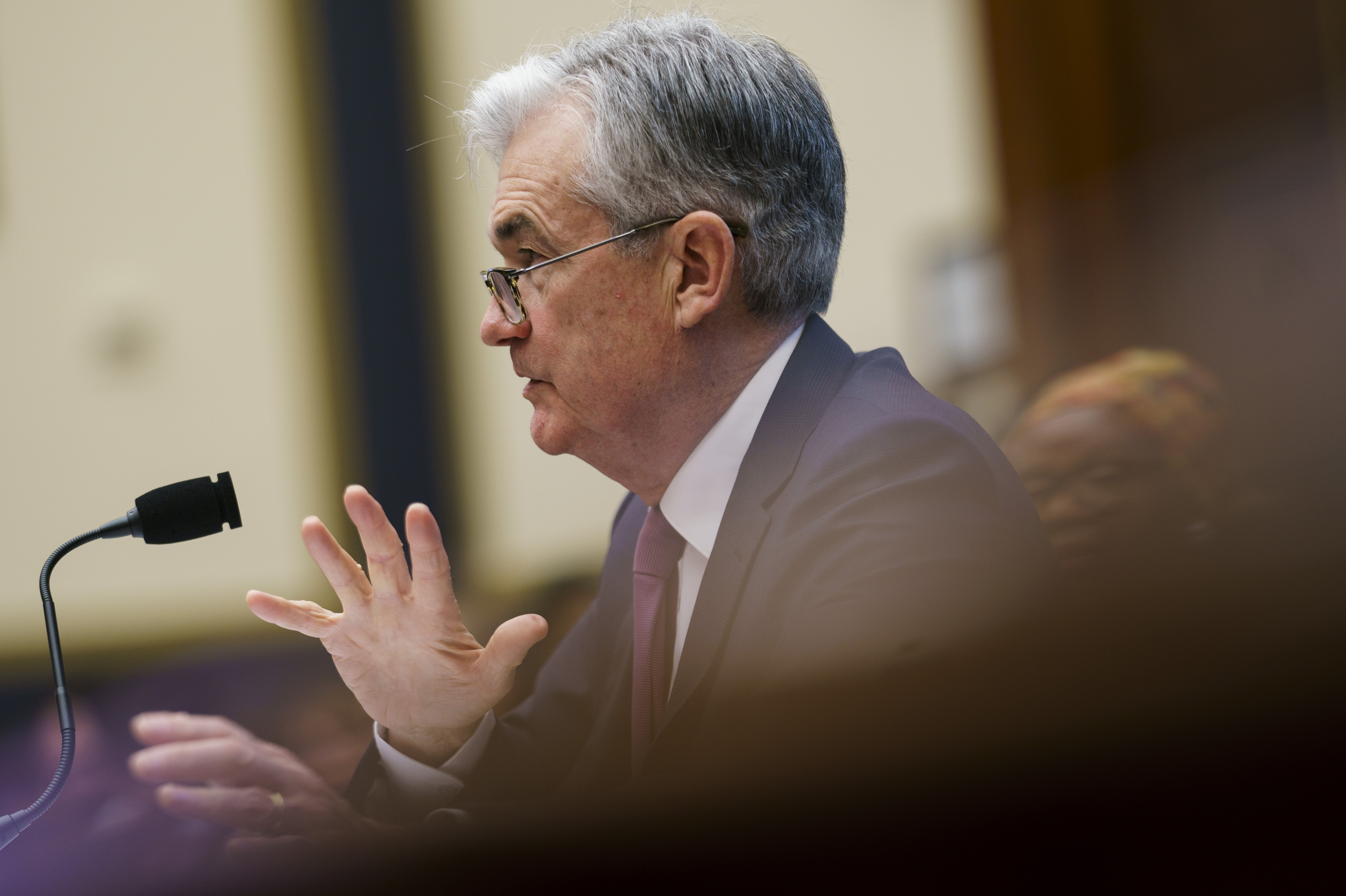 U.S. Federal Reserve Chairman Jerome Powell testifies during the Monetary Policy and the State of the Economy hearing on Capitol Hill in Washington D.C., the United States, on Feb. 11, 2020. (Photo by Ting Shen/Xinhua)

The second quarter (Q2) is "probably going to be weak," Powell said. After Q2, it is "very hard to say" how long the economic impact will last, he said, "that's going to depend on how widely the virus spreads."

Ryan Sweet, an economist with Moody's Analytics, said the path the U.S. economy heads down could be "darker" than their baseline forecast because of the coronavirus and the uncertainty of the fiscal policy response.

"In our pandemic scenario, the U.S. economy contracts in all four quarters of 2020, with real GDP falling by approximately 1.5 percentage points peak to trough and the unemployment rate rising by 175 basis points," Sweet wrote in a recent report.

"You see a real breakdown of the whole mechanism of exchange on which economy depends, that in turn causes financial difficulty, that means less purchasing still & even more financial difficulty," tweeted Summers, also a professor and former president of Harvard University.

Despite that, experts don't see a repeat of 2008 financial crisis going forward.

"This is fundamentally different from 2008 crisis," said Adam Posen, president of the Washington-based think tank Peterson Institute for International Economics (PIIE), noting COIVD-19 is not a financial factor driving the downturn.

"So there is an end or bottom to it when the biology lets us have one. A financial crisis has no bottom, absent policy intervention of the kind we did in 2008-2010," he said.

Echoing Posen's remarks, Swonk said "this isn't a banking crisis -- it is a health crisis that we can prevent from militating into a financial crisis."

In a roller-coaster ride, U.S. stocks hit critical circuit breaker levels twice last week, plummeting into a bear market amid growing fears over the spread of the COVID-19, as well as uncertainty over details of fiscal measures urgently needed to support the economy. The Fed in the longer term "is playing a supporting role," Tim Duy, professor of the University of Oregon and a long-time Fed watcher, wrote Friday in a blog.

"The leading role falls to the fiscal authorities to craft a response to the humanitarian crisis and the economic cost," he said. "So far, the response has been woefully lacking."

In the tele-press conference, Powell said monetary policy is aimed at providing liquidity to financial systems when they're under stress and support demand through lower interest rates, urging fiscal authorities to take actions to prop up the economy.

"Fiscal policy is a way to direct relief to particular populations and groups," said the Fed chief. "We do think fiscal response is critical, and we're happy to see that those measures are being considered, and we hope that they are effective."

After hours of negotiation between the Democrats and the Trump administration, the U.S. House of Representatives passed a coronavirus relief plan early Saturday, providing support to consumers and workers as COVID-19 continued to spread speedily across the globe.

In a statement shortly after, Senate Majority Leader Mitch McConnell, a Kentucky Republican, said he believes "the vast majority of Senators in both parties will agree we should act swiftly to secure relief for American workers, families, and small businesses."

Looking ahead, PIIE's Posen said "we should expect the U.S. growth rate to halve to around 1.0 percent over the next six months."

"We go into real recession if the fiscal response is poor or delayed, the uncertainty about U.S. government ability to manage the virus -- to bend the curve -- remains high, and/or the irrelevant-to-the-health-crisis lashing out of the Trump Administration worsens international commerce," Posen said. Enditem